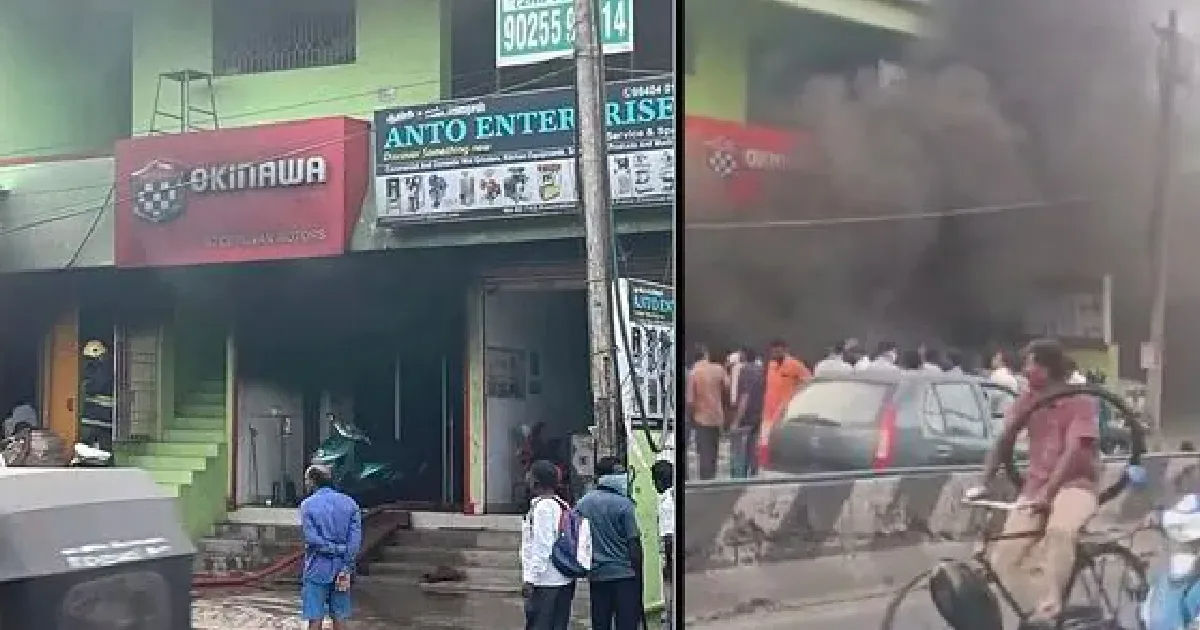 “Please note that the fire was due to an electric short circuit in the panel wiring in the building. The dealership has also confirmed the same,” said the company in a statement to Gadgets 360. This comes after a series of incidents this summer with Ola, Okinawa, Pure EV and other electric scooters catching fire reportedly due to battery overheating issues.

For those unaware, a video appeared online last week showing the Okinawa dealership in question gutted after the fire began to spread. This had led to speculations that electric scooters had caught fire again, in line with similar incidents involving different companies in the past in India.

While the clarification sounds plausible, electric scooters from Okinawa and other companies have been involved in fire accidents in the recent past in India. Okinawa recently recalled 3,215 units of its Praise Pro scooters to check and fix potential issues related to battery safety last week. In March this year, a 45-year-old man and his daughter had reportedly died after their Okinawa scooter caught fire during charging.

Besides Okinawa, scooters from Ola Electric, Pure EV, Jitendra EV and other companies have caught fire recently. As many as 20 electric scooters of Jitendra EV were gutted after catching fire in a transport container in Nashik. Six incidents of EV blazes have been reported in India this summer. This has led to authorities ordering a probe to know the root cause behind such incidents.

Why are electric scooters catching fire in India?

Ather CEO Tarun Mehta recently opined that imported battery packs that are not suitable for Indian weather, especially hot summers, could be the reason for the fires. Average Indian temperatures on roads can be in the range of 45-degrees Celsius and this can be the reason behind overheating of the battery pack.