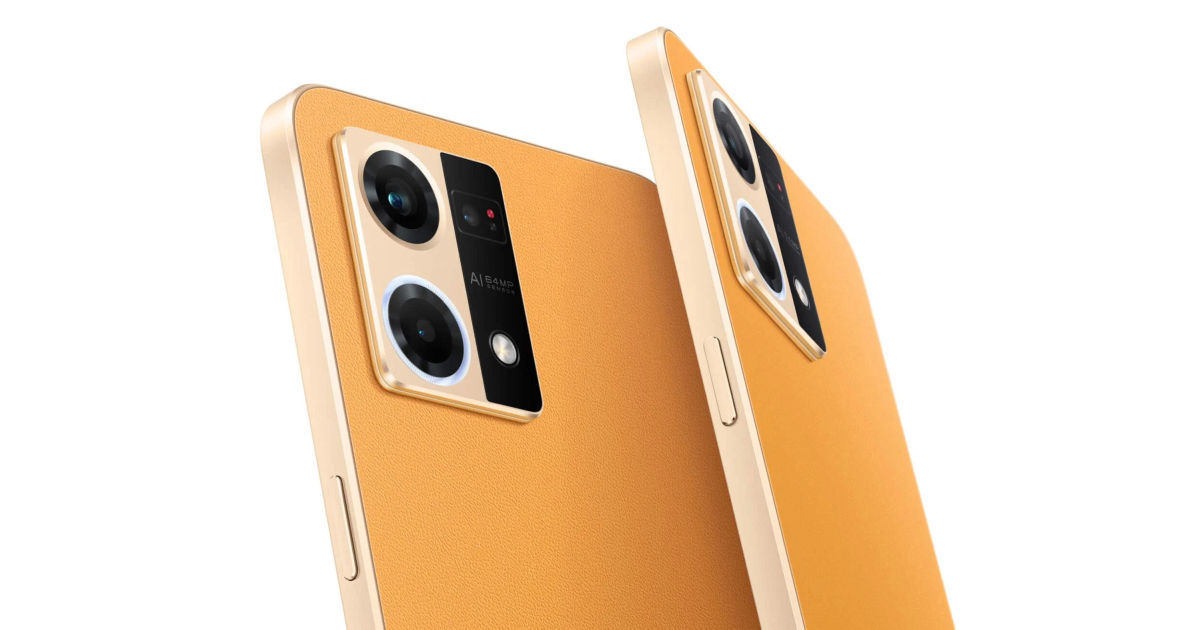 The OPPO F21 Pro will be the industry-first phone to feature a Fiberglass leather back panel that is claimed to make the phone thinner and lighter, yet more durable. The leather material is said to be waterproof and is resistant to wear and tear. The F21 Pro will come in Orange, Rainbow Spectrum and Cosmic Black colour options. Here’s a quick look at the OPPO F21 Pro launch event time, how to watch the livestream, the expected price and specs.

OPPO F21 Pro 4G and 5G will launch in India later today and it will be an online-only event that will be live-streamed via the company’s YouTube channel from 5 PM IST. We have embedded the link below for you to catch the event live.

OPPO F21 Pro is said to sport a 6.43-inch Full HD+ AMOLED display that will have a punch-hole cutout, narrow bezels and probably a 90Hz refresh rate. The 4G model of the F21 Pro could be powered by the Qualcomm Snapdragon 680, while the 5G version may come with the Qualcomm Snapdragon 695 SoC. The chipset could be paired with up to 8GB of RAM and 256GB of storage. It is likely to boot Android 12 with ColorOS custom skin out of the box.

The OPPO F21 Pro will come with triple cameras on the back, comprising two large cutouts and a regular-sized lens. The promo video showed the secondary lens has an LED ring light for bright images during the night. The triple sensors could be led by a 64MP unit. We believe the other two lenses will be an ultra-wide-angle lens and a microlens sensor. The 4G version is said to come with a 32MP RGBW (red, blue, green, white) Sony IMX709 selfie snapper on the front for selfies and video chats, while the 5G version may ship with a 16MP snapper.

The OPPO F21 Pro could have an in-display or side-mounted fingerprint sensor for security and pack a 4,500mAh battery with support for 33W SuperVOOC fast charging.