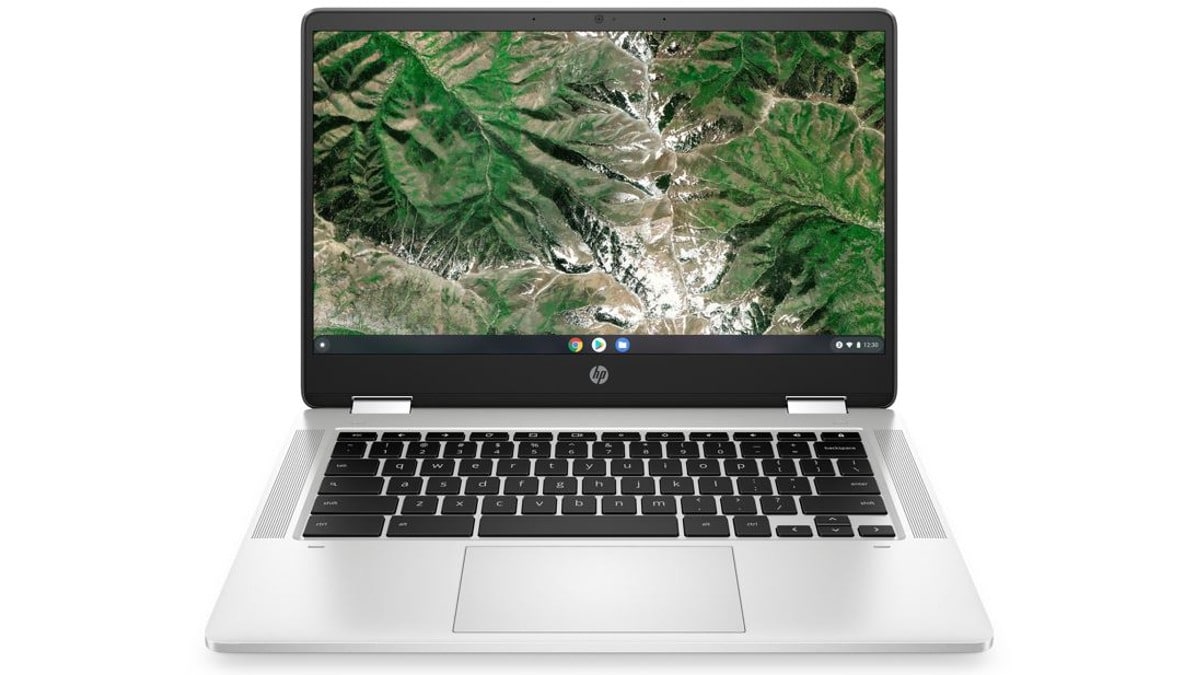 HP Chromebook x360 14a with an Intel Celeron processor was launched in India on Tuesday. The new Chromebook is essentially an Intel variant of the Chromebook x360 14a that debuted with an AMD 3015Ce processor last year. The HP Chromebook x360 14a (Intel) comes with an x360 hinge design to work on a 2-in-1 form factor that enables tent, tablet, and laptop modes. HP has equipped the machine with a 14-inch touch display and 4GB of RAM. It also carries a full-size keyboard, along with Google’s ‘Everything’ key to enable quick access to Google Search. The new machine is targeted at school students looking for an affordable solution to learn online.

HP Chromebook x360 14a (Intel) price in India has been set at Rs. 29,999. The Chromebook comes in Mineral Silver, Ceramic White, and Forest Teal colours and will go on sale through the company’s offline and online retail channels across the country in the coming days.

The HP Chromebook x360 14a (Intel) runs on Chrome OS and comes with the same 14-inch HD Touch Display that is available on its AMD counterpart. The display brings 81 percent screen-to-body ratio and is equipped with the x360 convertible hinge that enables the device to work as a tablet or a laptop. Under the hood, the new Chromebook has an Intel Celeron N4120 processor, along with 4GB of RAM and 64GB eMMC storage. There is also 100GB of Google One cloud storage access for one year.

HP has provided its full-size keyboard on the Chromebook x360 14a to offer the same typing experience that a user can get from a regular laptop. The Chromebook also carries an HD camera with an 88-degree lens.

Connectivity-wise, the HP Chromebook x360 14a (Intel) comes with Wi-Fi 5 and Bluetooth support. The device is also rated to deliver up to 14 hours of battery life on a single charge and supports HP Fast charging technology. Besides, it weighs 1.49kg.


Jagmeet Singh writes about consumer technology for Gadgets 360, out of New Delhi. Jagmeet is a senior reporter for Gadgets 360, and has frequently written about apps, computer security, Internet services, and telecom developments. Jagmeet is available on Twitter at @JagmeetS13 or Email at jagmeets@ndtv.com. Please send in your leads and tips.
More