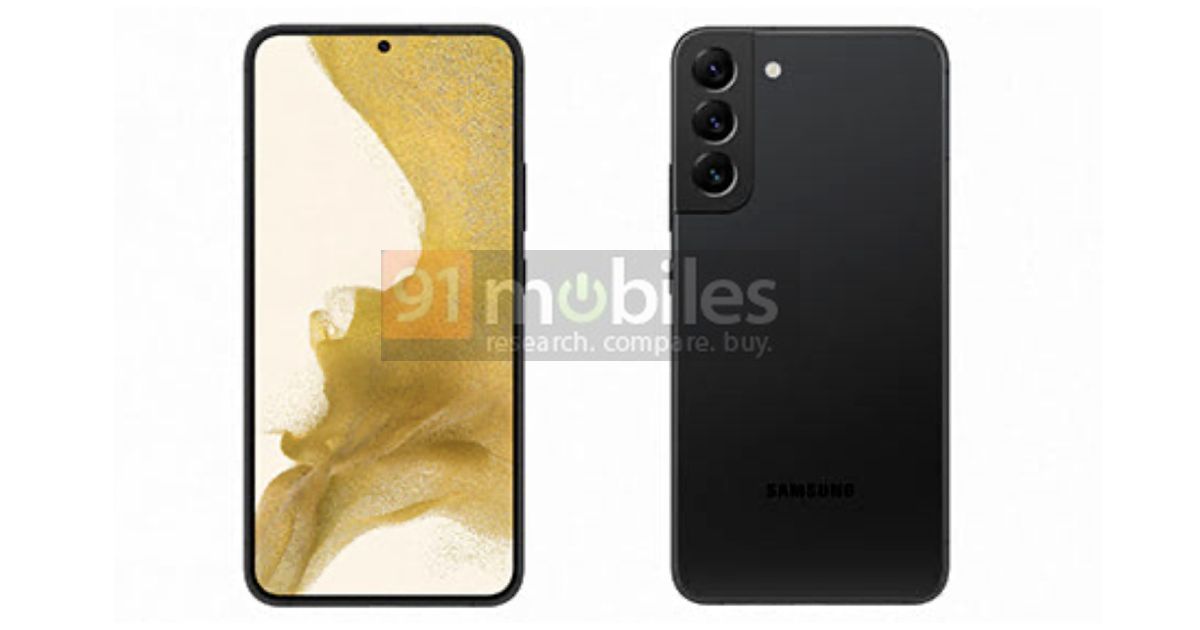 As seen in the renders above (shared by tipster Ishan Agarwal), this is what the Samsung Galaxy S22+ will look like. The device will feature a centrally-aligned single punch-hole selfie camera and uniformly narrow bezels around the display. The power button and the volume up and down buttons are on the right side of the device.

The device appears to feature a metal chassis owing to the antenna linings we can see on its sides. At the back, the Samsung Galaxy S22+ will feature a triple rear camera setup and an LED flash sitting to the right-hand side of the vertical camera module. We can also see a subtly-placed Samsung logo at the bottom of the device’s rear.