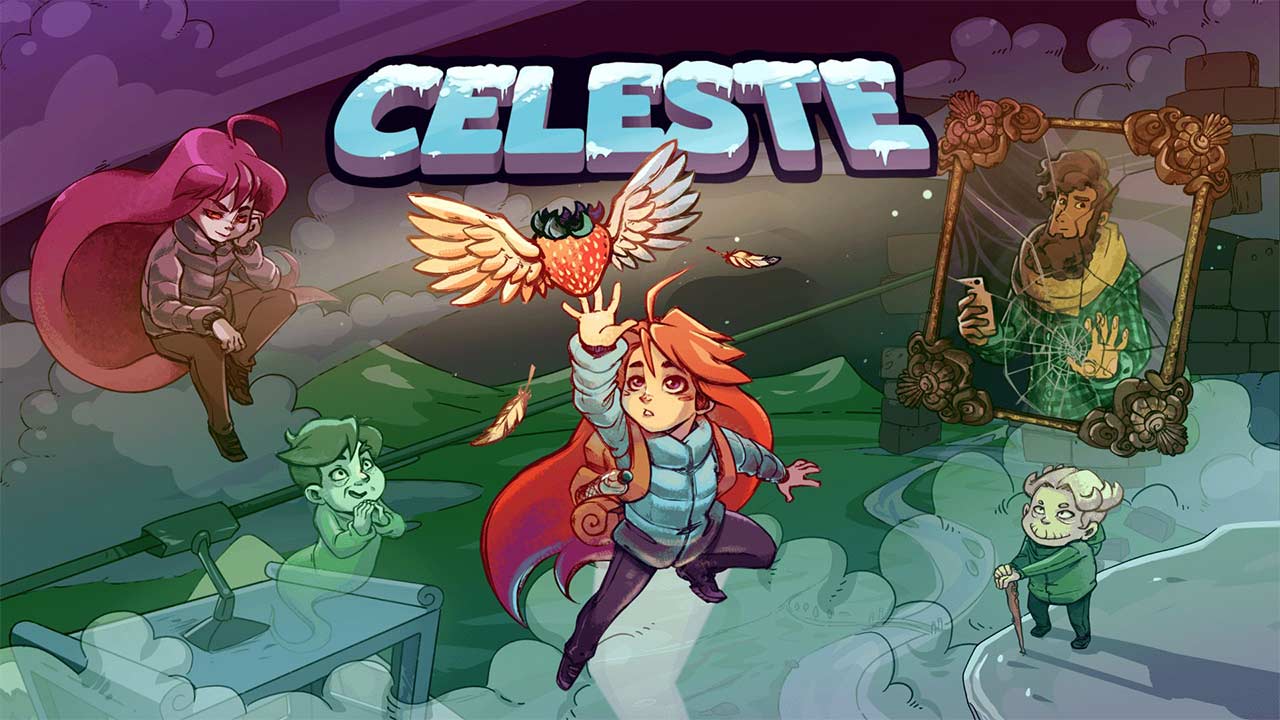 Celeste from developer Matt Makes Games is a heartwarming story about overcoming challenges while also being a fantastic platformer game. The game was released back in January 2018, and was easily one of the best indie games of the year. We’re just upset it took us so long to actually play it. Let’s get to it!

Celeste is a story about climbing a mountain, in more ways than one. The main character, Madeline by default, wants to make her way to the top of the mountain, but in order to do so, she has to get over her fear and anxiety, which are represented in the game fantastically. There’s no proper way to describe it; the best way is to experience it yourself. During your journey to the top, you will encounter fellow climbers, who will have little nuggets of wisdom for you, and tales to share while you take a break from the struggle to the mountain’s peak. Which is what it is, both for you as the player, and Madeline herself. The writing is short but heartfelt and does a great job of elevating the game’s overall immersion and experience. We haven’t gone into too much detail here, even though it is technically a two-year old game. We still think this is something best experienced in person. 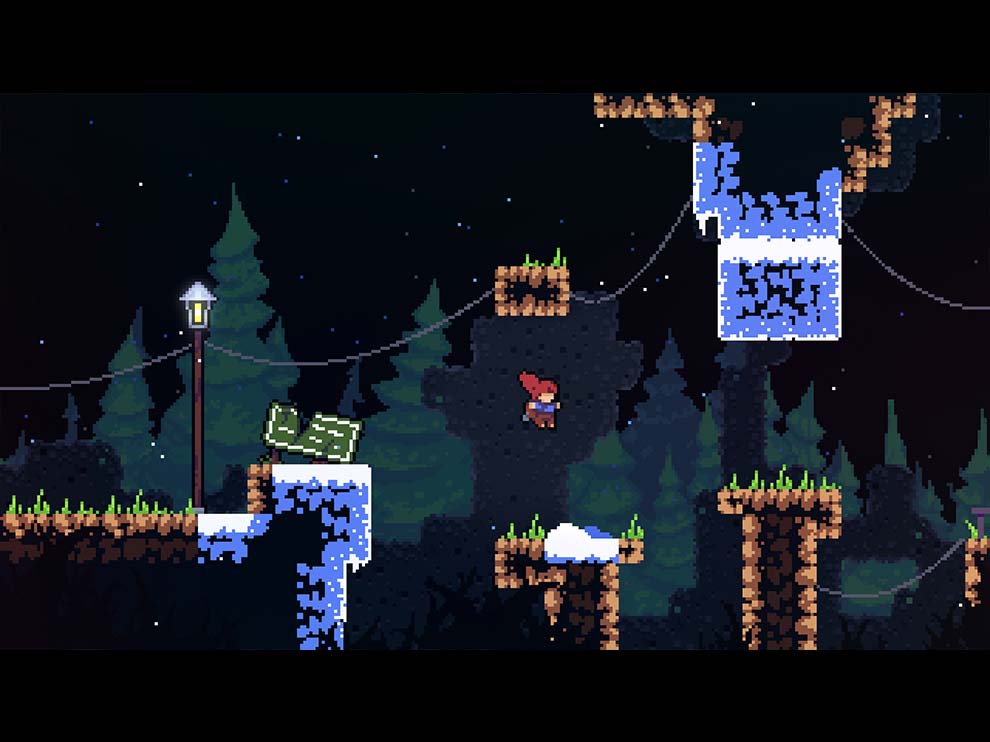 Celeste features tight and precise platforming; if you’re someone who enjoyed Super Meat Boy, this should be right up your alley. However, Madeline has some extra tricks up her sleave. For one, rather than a double jump, she can dash mid-air in any direction. This opens up a lot of options when it comes to mobility in the air. Secondly, she can grip onto the sides of walls and climb up vertically until she runs out of stamina. The early levels of the game do a good job of familiarising you with Madeline’s abilities, while also offering a good amount of challenge. As you slowly progress up the mountain, which isn’t seamless mind you, the game’s levels are divided up by chapters, the platforming starts getting a lot more challenging. This forces you to discover new ways in which you can use Madeline’s abilities to progress. For instance, one of the first such moments you will come across is having to use the momentum of moving platforms to propel yourself to the next platform. This requires timing on your part, and once you’ve launched off, you need to have the presence of mind to know if you need to grab onto something or dash somewhere. Fortunately, if you fail, you will immediately respawn at the start of that particular platforming section, and not at the start of the level itself. This is great, and incentivises people to keep trying. 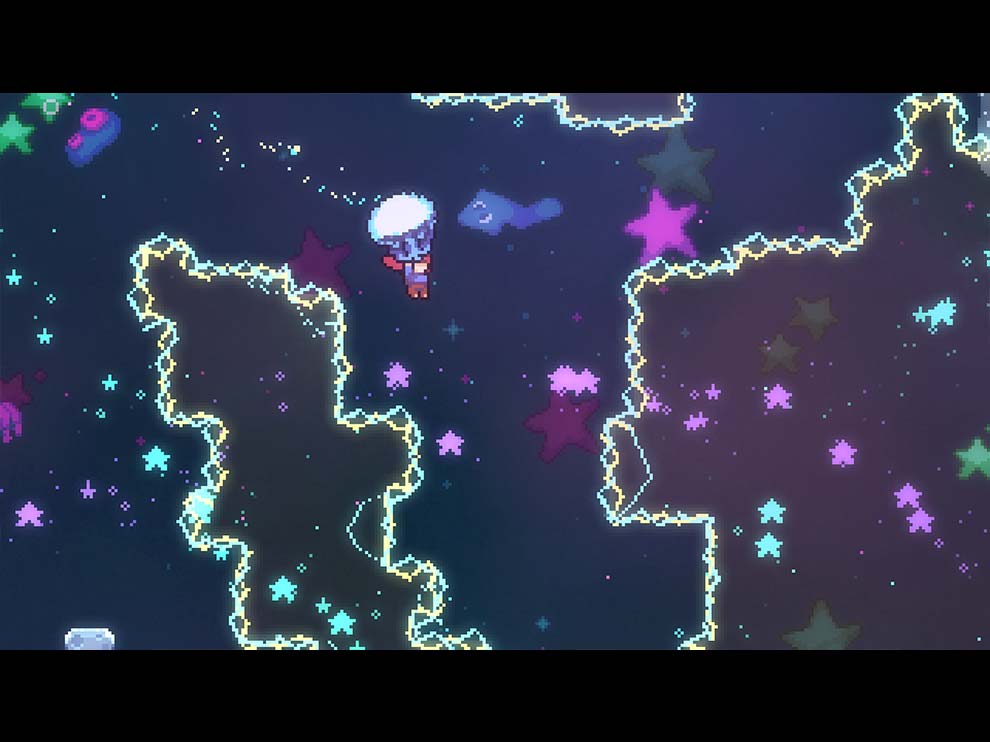 As you progress, you’ll come across more elements that will help you complete levels, and of course, more obstacles to prevent you from succeeding. The game paces these new challenges out perfectly, meaning you never really get bored as things are constantly kept fresh. The moment you’ve mastered one segment of the game, you’ve already got new obstacles in your way. 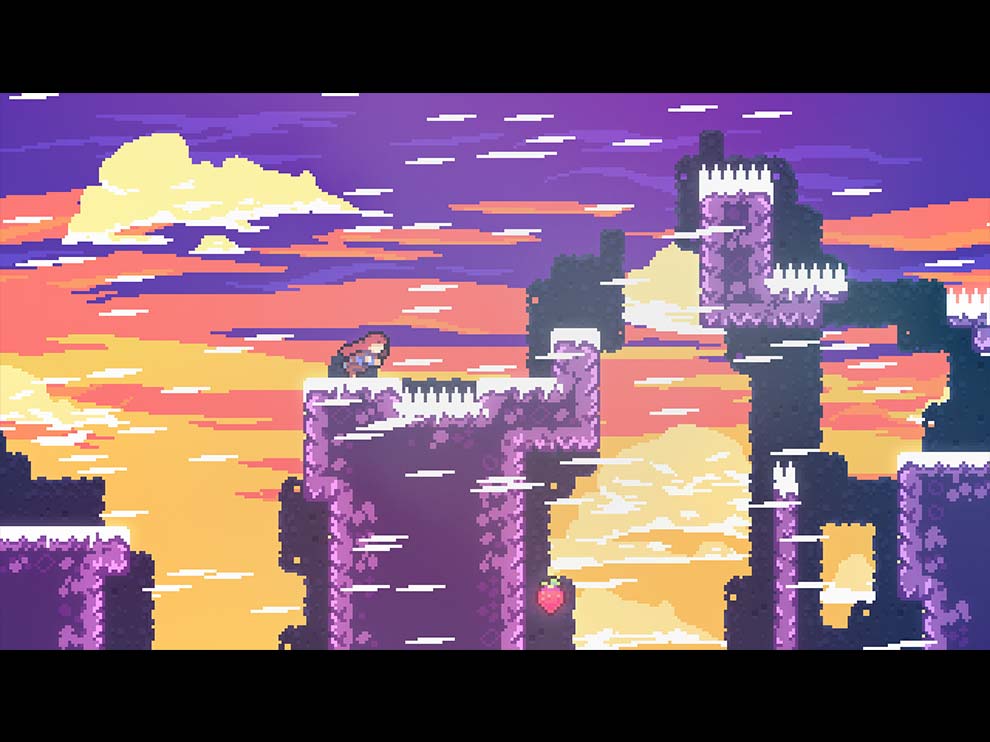 Additionally, there are floating strawberries hidden across the game, in hard to reach spots. Going for them is usually a detour, but the collector in us forced us to go for them. Only to find out at the end of the level that we managed to find less than half of them! These aren’t necessarily important to complete the game, but they affect the game’s ending in a small way. 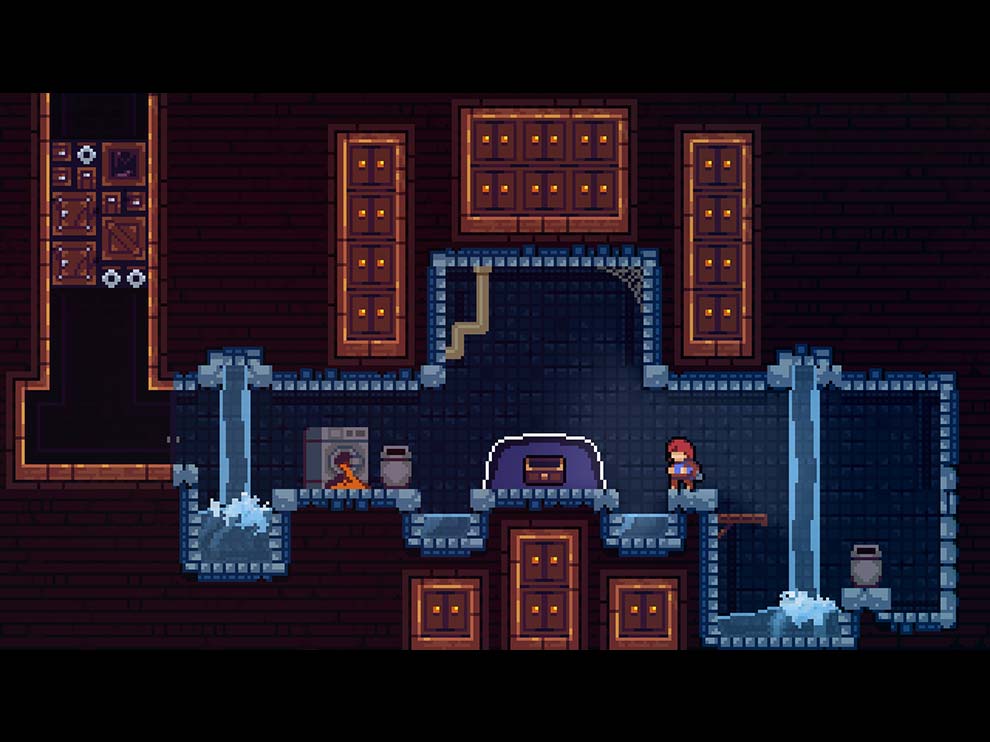 A lot of indie games go for the retro pixel art style, for a reason. It just works really well with 2D platforming. The levels are gorgeous, and so are the animations. The way the lights flicker in the background, and Madeline’s hair as you jump around, no complaints.

The accompanying soundtrack for the game fits really well, with each level of the game having appropriately themed music. There are B-Side cassette tapes that you can find, in addition to the strawberries we mentioned above. These cassettes unlock a much harder version of the level for you to play, which also features a remixed version of the music as well. Mind you, the normal levels are hard enough, B-Side levels are for masochists. Or gamer gods.

Celeste is a brilliant platformer, the kind that doesn’t come along frequently. Offering both a great platforming experience, and a heartwarming story. The tight controls, retro pixel art style, and accompanying music make for an amazing overall experience. Definitely give this game a go if you ever get the chance.